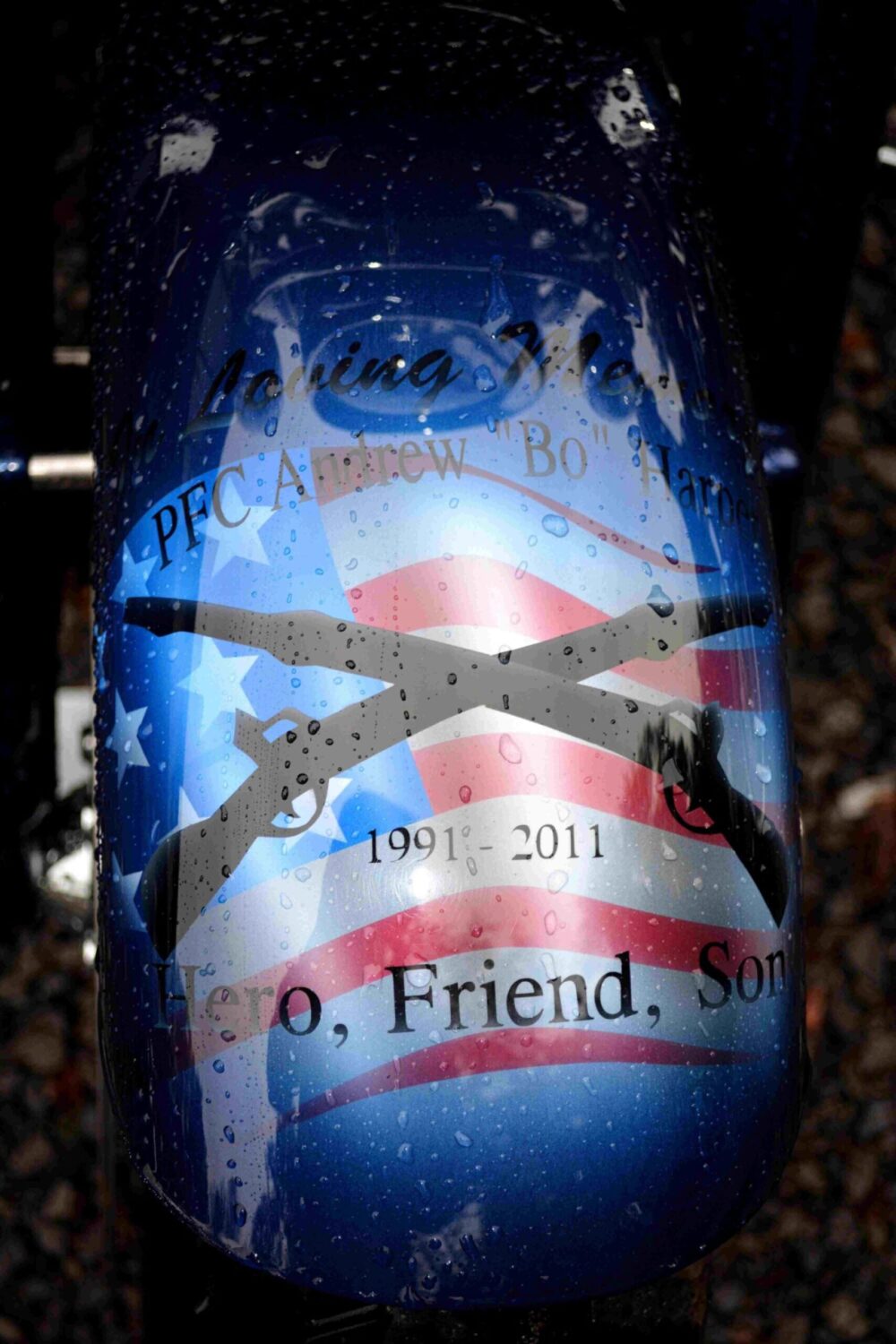 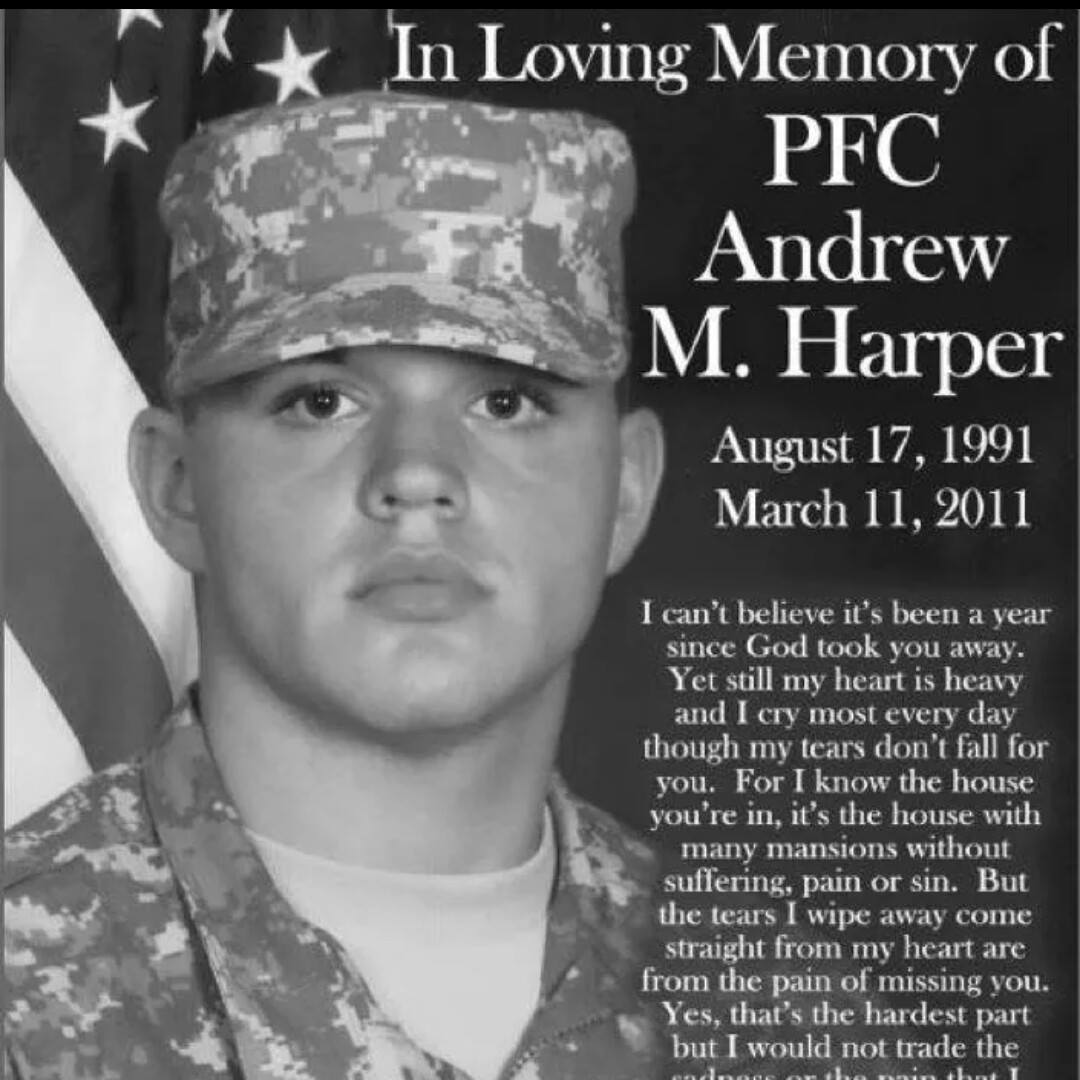 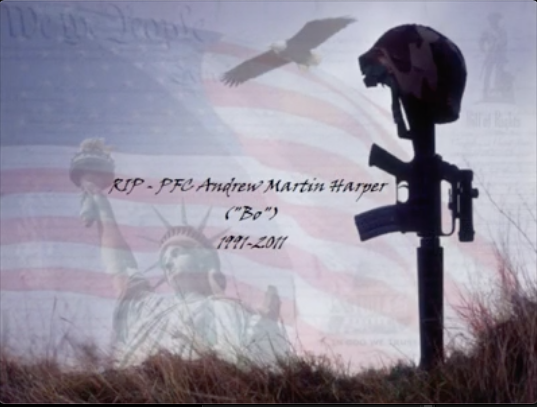 PFC Andrew Martin Harper, 19 of Maidsville, West Virginia was killed in action on Friday, March 11, 2011 at Kandahar Airfield, Afghanistan. He was born August 17, 1991, the son of Steven Matthew Harper and Sandra Harper and Deanna Jeanette Wells. He is also survived by one brother, Steven Matthew Harper II, one sister, Bridgette Kathleen Frenz and husband Thomas Frenz, and several step-siblings and their families.

PFC Andrew Martin Harper attended Nutter Fort Primary and Intermediate, Washington Irving Middle School and then transferred to South Harrison Middle School. He then went on to attend University High School in Morgantown, WV where he played football, was a member of the track and wrestling teams. He graduated University High School in 2009 at which time he joined the United States Army. He obtained the rank of PFC/E3 and was assigned to Co 1, 3d Squadron, 2d Stryker Cavalry Regiment Vilseck, Germany. PFC Andrew Martin Harper, commonly nicknamed “Bo” had a goal in mind that he would serve his country then attend college.

Company Commander Capt. Daniel Bourke remembered PFC Andrew Martin Harper as being “one of the finest infantrymen in Company I.” Steve Harper, Andrew’s father remembers PFC Harper as “not only his son, but his best friend. He was not only a hero to me, but a hero to a nation that is forever indebted to him for he gave all.” 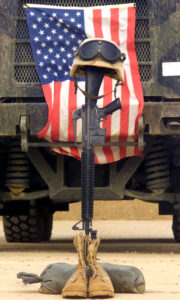 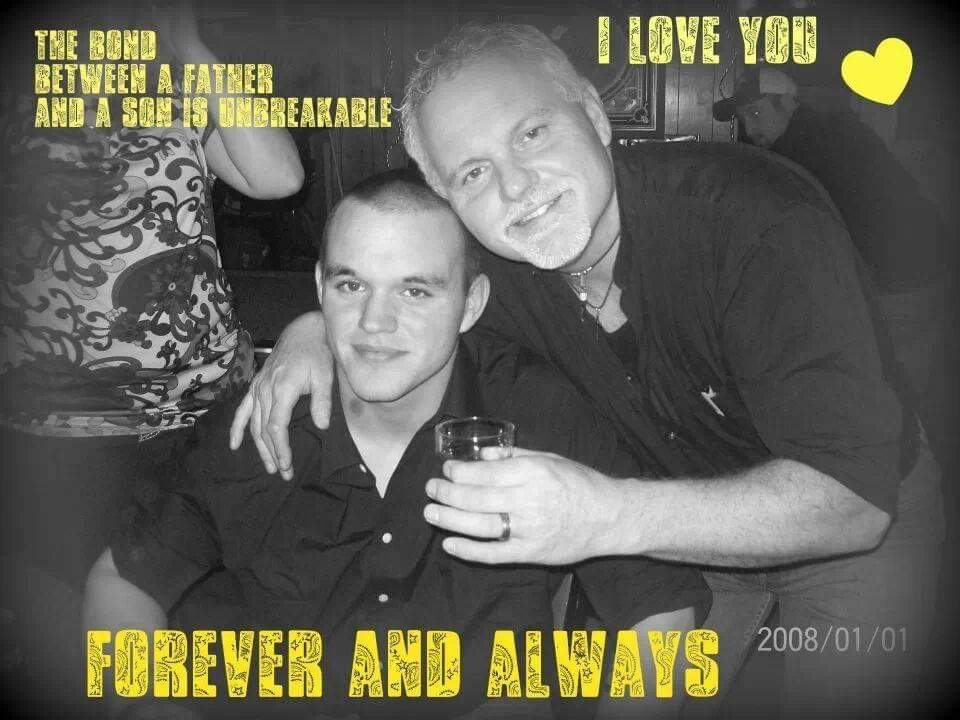 Here I am, Waiting for your last return home. 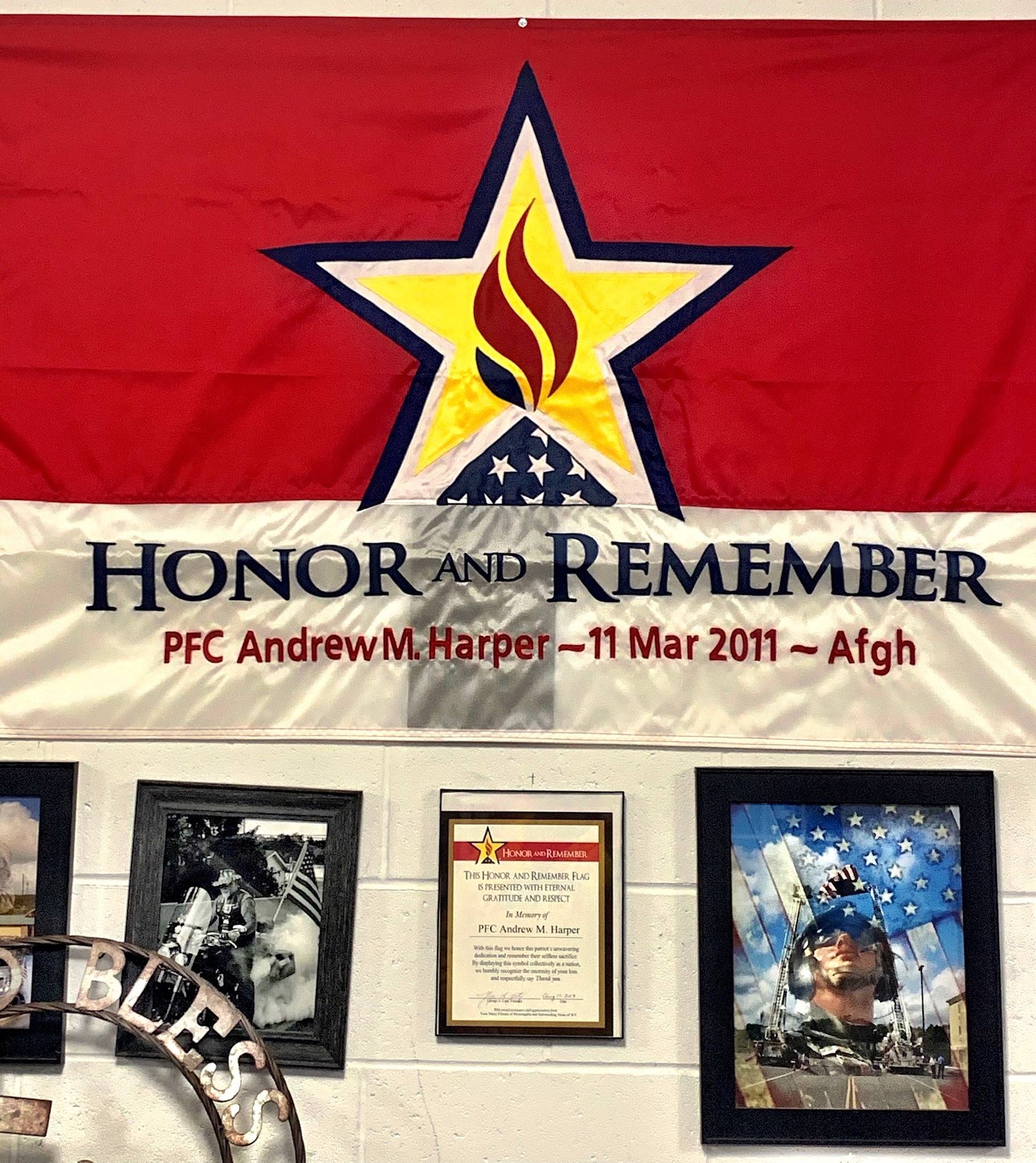